Having a lot of gaps and being on a long hiatus has made such a great deal of being a blogist.

I don’t know what surprises my blog will have as I text.

I’ll alway play the guessing game when it comes to blogging.

Who knows what I’ll “write” next.

I made a bet with myself.

It won’t be that bad to start.

Of course, I’ll have more money without going broke again.

Can I hold out? 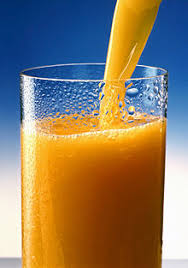 On frosty winter days I like to sip a mug of warm orange juice.

I pour the orange juice into my favortie heart-shaped mug and set the micowrave for 1-2 minues.

Nothing like a mug of warm orange juice on a frosty morning.

My first movie about my family. Lol!

How was your holiday? I hope it was great. You must be happy getting lots of gifts from angels at heart. To have such a beautiful smile on your faces is such a joy. I saw the amazing and beautiful pictures in your profiles. It is so cool of me to be willing to be a friend to my fans. At some point in time, I’m a shy tuna. I just glad that I got to know you in 2011.

The end of 2011 is the end of an old era. The main ideal for 2012 is to have a great blog, meet new fans, build friendships; have an authorship and  be in more with the now. I’d like to go out into the ugly, yet beautiful world. I want to meet people in person. I want to explore new, unexplored cultures and get to know ourselves as a human race. You should know that I was pleased at knowing the ‘hidden palaces’ of each person’s soul that I stared looking at the goodness and darkness of pictures for some days. I feel happy to write with such momentum & courage. I hope you liked and admire me as I do for you guys from my heart.

In 2012, a warm reply will be great and nicely appreciated. For I admire the old year so well, I’m looking forward to seeing the dragon of change in 2012.

My brother is “not’ scum!

Once you get to know him.

Submitted for your approval.

By now, I have a full-page of friends and family that are now “hooked” on FaceBook.

Today, I posted a news video on Oscar Wilde.

But for some people, FaceBook’s not for everyone.

And it’s not for children under 13!

Be careful. Facebook’s for adults 13+.

It’s becoming common now that many useful people are consider ‘incompetent’ by first glance. Seven useful days of getting to know someone by first sight have now become a fair-weather lack of judgement. My best friend was even betrayed by her own family. In fact, they tried to force her father to send her to a group home. We talked for two hours about what it was to be misjudged and hope. We became friends again after being apart. All the news we had could have lasted all week-long. The only thing I can tell someone down on their luck is to seek information, have an adventure with a loved one; get into the brightness of the entertainment of life, and never forget to read and write.

The recession’s catching up to everybody. In these difficult financial times, good news is always there when you need it. I’m so delighted that I can share my thoughts about not being incompetent. No one is. Current events can sometimes be tragic. But in order for happiness to come, there must be a tragic point. A limited budget is better than no budget at all. The poor are always rich. And the rich are always poor. Have you ever asked a wealthy person if s/he is happy? Money is not always required. Sometimes the best things in life are always free. Without a job, I can sleep a lot, save money; I have a lot of freedom by not having a job.

After the tsunami hit Japan and the China balloon-boom, there had been more suicides than ever in both countries. Times are fast-paced in our society. I can go fast like Sonic the Hedgehog!

I enjoyed Facebook and reading books. I’ve got a chance to ‘write’ my stories on there. I love the messages on my wall and sharing my mind about what’s up in my domain. So far, no one has said a bad word about me.

Since its National Novel Writing Month, I’ve decided to type/write 500+ words everyday. At this rate, I’ll be able to become a novelist and write a 1,000 page novel. Not to mention draw a 1,000 page graphic novel.

What a waste of brain cells. In short, MTV is doomed!

As a #1 fan of Cowboy Bebop, Apollo Ono should play Spike Spiel. I know. Mr. Reeves is too old(47). Give Apollo a chance. He’d be a good actor.

Just have faith. Always look on the bright side of life.

It just comes to show that nobody’s perfect.

Everything and everyone’s got a point in their lives.

They say that Earth is a living Hell….

but the punchline is….

This ‘Hell’ has a McDonald’s and Pokemon+ Card Captor Sakura!

Was it a dream or something of a vision?

My classmate “Jonder” from CPCC was in saying hello to me out his car window as I walked by the school campus.

I cannot recall his first name, just his last.

He’s married and his father’s German.

I’ve read up on German culture and literature.

I’ve also studied up on Germany.

I know German that well.

There’s a whole lot to be thankful for if you take the time to look.

Learn from yesterday, live for today, hope for tomorrow.

“Jonder” would be much happier to read this ‘post’ in German.

Hope you guys had a wonderful Oktoberfest!

"The fan counter"! Thanks for your support!